If you are new to this series, let me catch you up.  Rourke and I stay in, watch a movie, and make a fun cocktail to go along with our flick-o-choice.

Today, with the full moon presently above us, we chose the critically-acclaimed and Oscar-nominated film, The Right Stuff.  Also, selected by the Library of Congress for preservation of The National Film Registry, this film is based on the true story of America’s first astronauts, “The Original Seven-Mercury Astronauts.”

Starring famous names like Dennis Quaid, Ed Harris, Sam Shepard, and Barbara Hershey, this 3 hour and 12 minute film debuting in 1983 brings to life the dangerous struggle of pilots and astronauts.

Before we get to the good stuff (yeah the cocktails are good, too), let’s makes some DRANKS! 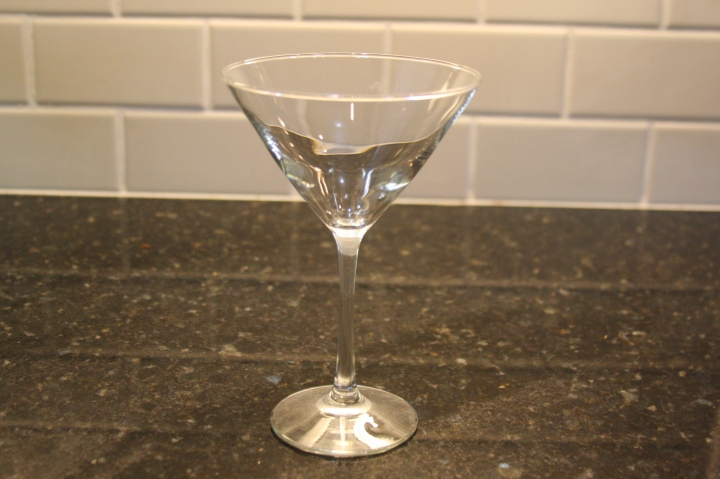 For the “Cosmos-politan,” first place your vessels in the freezer.  You know space is quite cold! 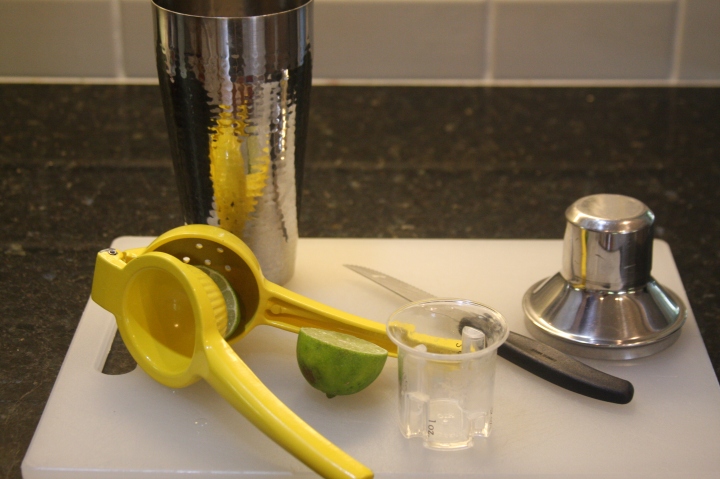 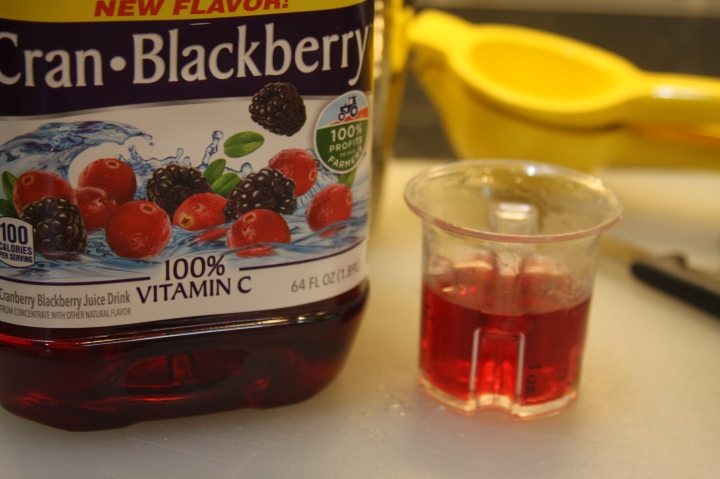 Top shaker with ice and shake for at least 30 times.

For garnish, rim your glass with lime juice and turn upside down to rim glass with silver sugar sprinkles.

And for more added garnish, add edible, silver confetti to the drink.

Place martini glass in the freezer.  In a shaker, pour all ingredients except sprinkles.  Add ice to shaker, put lid on and shake well.

Rim glass with lime juice and place glass in plate of silver sugar sprinkles to rim.

In lieu of popcorn, we made some snacks to go along with the theme.

And, some ham slices, too. 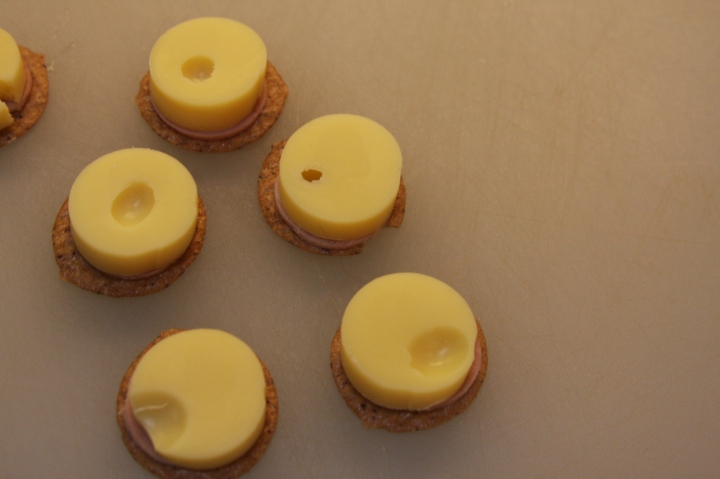 Place on top of cracker and place flag cocktail picks into each one.  (I was going for the first man on the moon here.  Do you see it?)

Next, grab you some patriotic type tortilla chips from your local grocer (aka Whole Foods) and serve with your favorite salsa. 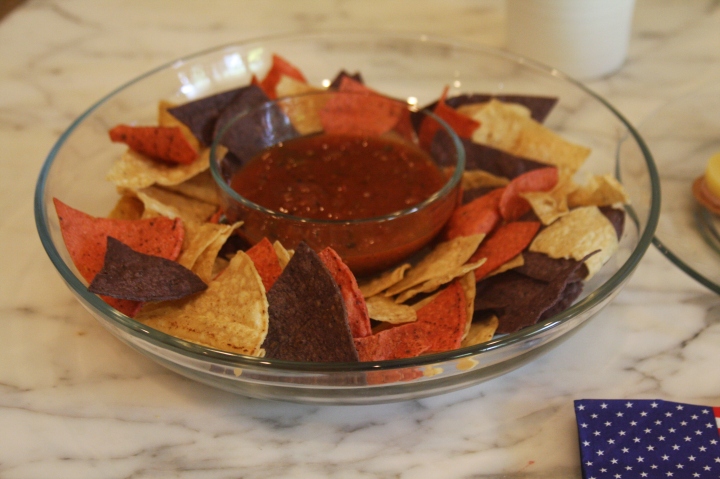 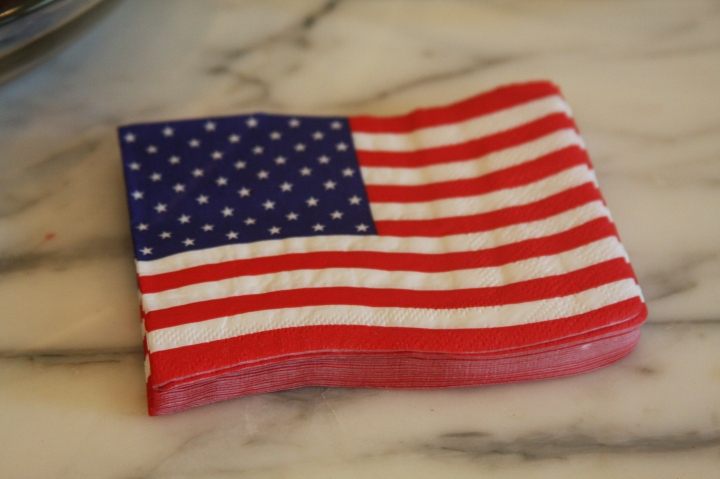 Levon Helm was the narrator of the opening and closing sequence about “the demon” in the clouds. Plus, he portrays Chuck Yeager’s right-hand-man.

Florence “Pancho” Barnes, owner and bartender of the bar the pilots frequented, was a real-life pilot of her own.  She obtained her license in 1928.  She flew solo, crashed a plane, held the women’s world speed record (breaking Amelia Earhart’s), and worked as a stunt pilot in Hollywood, all before any of the Mercury 7 pilots were teenagers.  Her story was actually made into a TV movie, Pancho Barnes, starring Valerie Bertinelli.

Sam Shepard, who played the legendary, pilot Chuck Yeager, who was the first to break the sound barrier, was actually afraid of flying.

The role of Annie Glenn was the first film role for Mary Jo Deschanel, the wife of Director of Photography, Caleb Deschanel, and mother to Zooey Deschanel, who plays Will Farrell’s girlfriend in the movie Elf.

Rick Springfield turned down a role in this film for a role in Hard to Hold instead.  Springfield has stated that he greatly regrets this decision.

If this has not gotten you excited for movie night inside, I don’t know what will!

I give this film a 2 thumbs up!

Lavish Libations Series: Saturday Night Fever (and our version of 7and7)

A Proposal (Part 2) on the blog today. See the romantic story continue and unfold. Link in bio! #herecomesthebride @_tbv_ @dallasgalj @lolaloveslots
A Proposal (Part 1)💍 On the blog today! See how we decorated and attempted to make a surprise proposal and an engagement party happen all at our home for Erin and Tyler! 🎈🌹🍾🥂Click on link in bio or just head on over to lavish-lagniappe.com ..... #shesaidyasss #happilyeverafter #welcometoourfamily #cheers #letsdothis @amazon
Congratulations to these two! We are beyond excited! 🎉🎉🎉
What I’m Loving Lately on the blog today!❤️❤️❤️❤️❤️Check out our new faves in link in bio.... #oscarworthyfilms #freeapps #booksofcourse @dallasgalj
❤️❤️❤️❤️Seeing Red❤️❤️❤️❤️ON BLOG TODAY,,,, Valentine”s outfits for all occasions! 👀Click on link in bio to see 👀 #cupid #valentine #bemine @bergdorfs @clarevivier @victoriassecret @goop @everlane @shopbop @sweatybetty @stellamccartney @adidas
Eat Beautful💐Our February Cookbook of the Month @lavishlagniappe Trying to grow old gracefully in the year of the BIG 50 through a holistic approach. Wendy Rowe, beauty expert extraordinaire, does just that in this book. I can’t wait to delve right in.... come join me! #deliciousrecipes #maskandscrubs #tipsonproblematicskinconditions #antiaging @wendyrowe
%d bloggers like this: