I don’t know if I should take this as a compliment or not, but Erin always said I would make a great Top Chef contestant.  He claims I can take anything out of the fridge and make a meal with it.

I don’t usually store sea urchins or prickly-pear cacti in my fridge, but I do usually have on hand some basics.

Here I sort of did just that with these “Sweep the Kitchen Nachos” using what I had.  I am not going to lie.  I was planning to have only a few bites of these, but looked down and had scarfed down the whole pan!!!

These would be great for a crowd!  Just double the recipe and serve directly from the pan!

Here’s what I did!

I preheated my oven to 425 degrees and placed frozen fries closely together on a sheet pan.  I always use my silicone liner for easy cleanup.  I baked according to the directions on package.  I used 2 cups of the fries here.

I chopped 2 cups fresh spinach. I placed in a microwave safe bowl.  I put 1 teaspoon of water and a pinch of salt over it and microwaved for 1 minute. 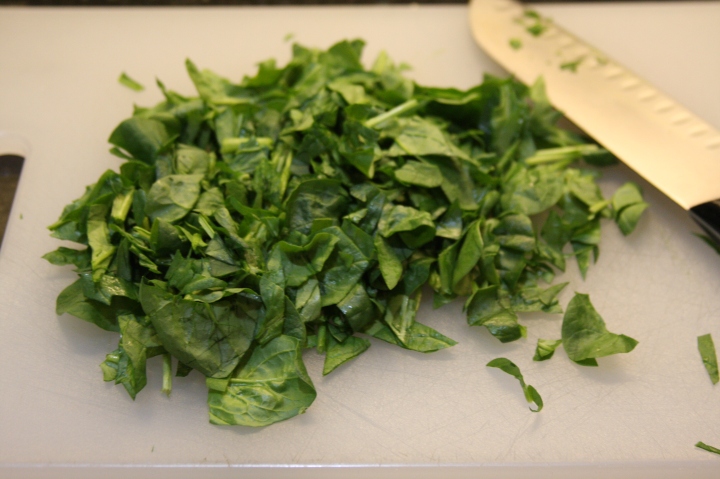 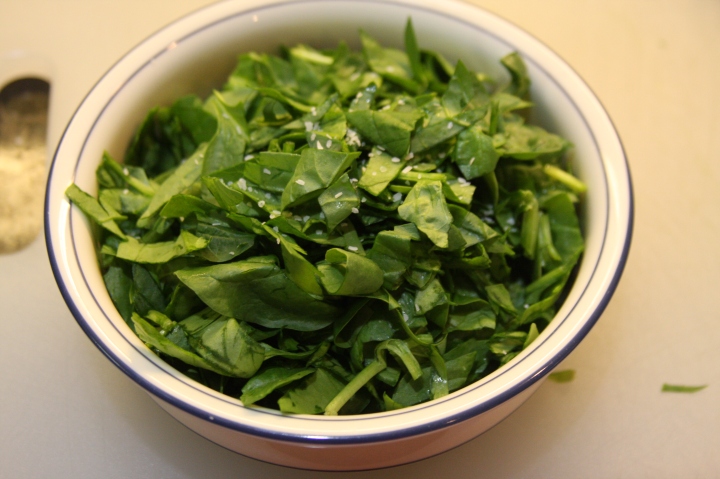 I then sliced and a zucchini and a yellow squash.  I did the same thing as the spinach but microwaved a little longer, until they were soft. 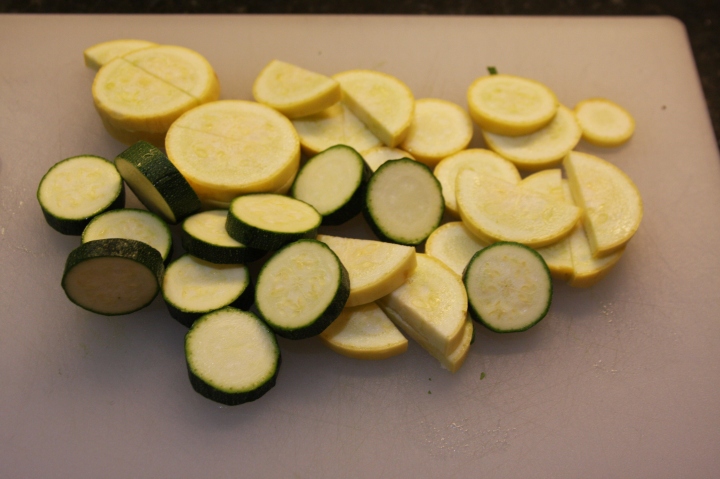 I then grated 1/2 cup of cheese.  Here I used Fontina.  You can use any cheese you have on hand. 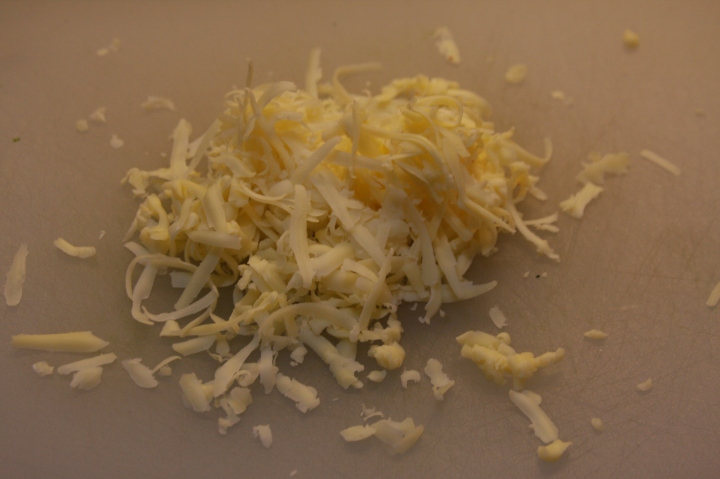 I then “pickled” some jalapeño slices by add apple cider vinegar to them and microwaving until soft.

I then placed the spinach, squashes, and cheese all over the fries.  I returned them to the oven and baked until everything was all “melty.” 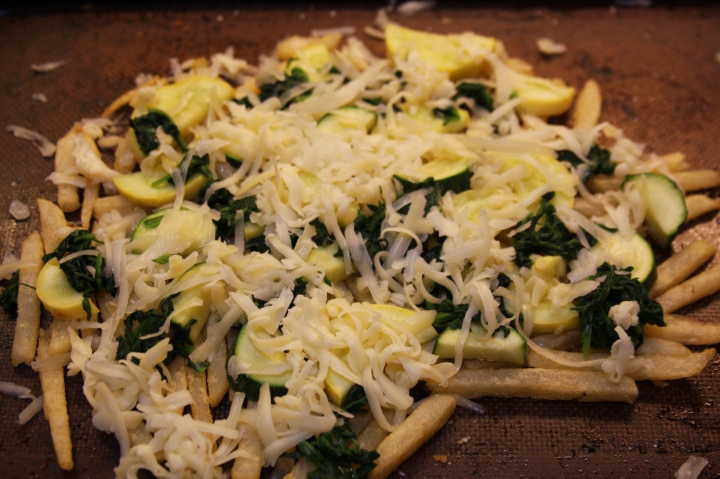 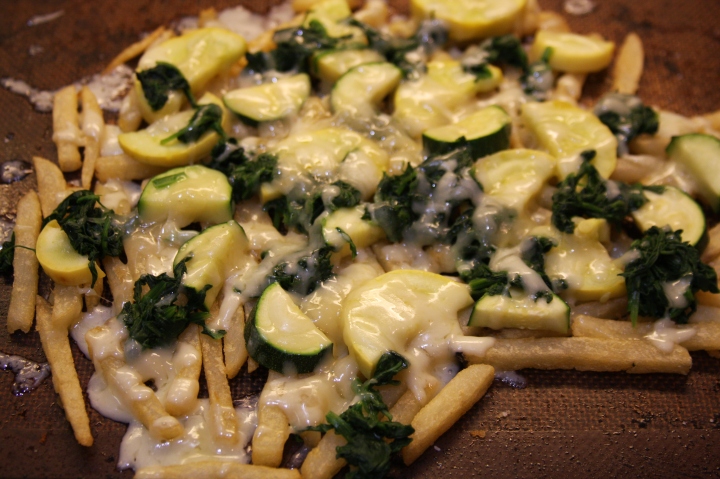 I garnished with jalapeños, sour cream and chopped chives. 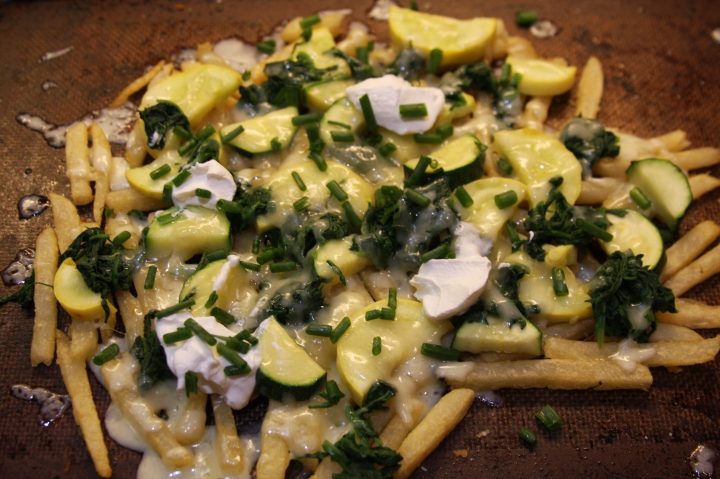 1/2 cup grated cheese of your choice

salt and pepper to taste

When fries are done and crispy, salt and pepper to taste.  Layer spinach, squash, zucchini and cheese.  Return to the oven to melt the cheese.